I had just gone to lunch when the news of Chester Bennington’s suicide began to spread like wild fire. I thought, “you’ve got to be kidding me.” Of course, like most, I am absolutely stunned, but what I feel most is numb. Numb to the news that another talented being has succumbed to the black abyss that is fighting mental illness.

Chris Cornell passed away exactly one week before the blog launched. I along with the rest of the world was still grieving and as badly as I wanted to discuss his passing and the effect it had had on so many of us, I had posts lined up for weeks already. Then today happened. On the day that Cornell would have turned 53, his close friend and fellow musician chose to leave this world the same way Cornell did. Just like his com padre, Bennington also had a history of substance abuse. More importantly he was also a father and a husband.

Over the years when my battle felt stronger than what I could handle, I would often think about leaving this world. I’d never contemplated methods but just felt like it may be a relief to move on. There were times I wanted to go to sleep and never wake up, but my thoughts always immediately went to my family. I could never leave them. At the time, my father was still alive. I knew that the lack of my presence would deeply affect my brother and my sister. Then there’s the strongest human being I know: my mother. The woman who spent all her energy and income on keeping my father alive over the years. Without her, my siblings and I wouldn’t have life. How could I consider ending the life she so selflessly gave me? The answer is that I couldn’t. To be honest, I love living. I love my family. I love my incredible friends. Let’s face it: life never goes as planned and that’s what makes it worth continuing to live for. Then there are the occasions where things like suicide happen. Where no matter how much one has tried, they just can’t continue going on. For the record, suicide is not a selfish act. I certainly don’t have the guts to kill myself. Unless you have dealt with depression and anxiety for as long as so many of us have, you will never know the pain.

So if you are reading this, trust me when I say that in the end, it does matter. You matter. 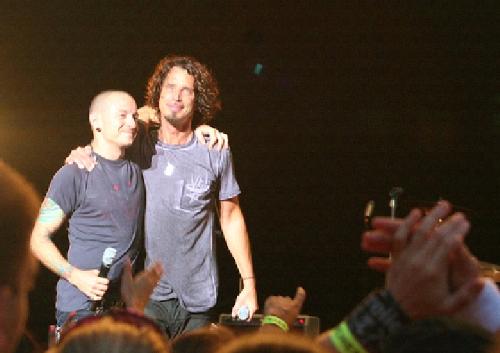 If you or anyone you know is contemplating suicide, PLEASE reach out for help.

The National Suicide Prevention Lifeline is available for both telephone and online chat support 24 hours a day.

God speed Chris and Chester. May you rest peacefully for all eternity.