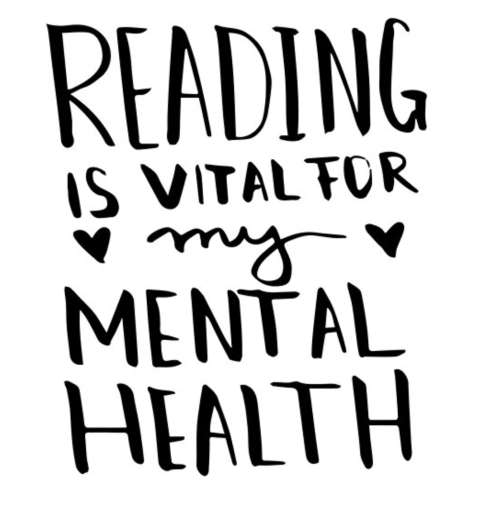 I don’t know about all of you, but my mind sure feels much more at rest when I’m reading. Every year, I challenge myself to read at least 30 books, although I just barely make it to my goal. This time last year I had already read four books. This month has been a little more challenging and I have yet to begin one. I’ve been wanting to compile a list of the books I’ve read that relate to mental health or illness someway. If you are a big reader, I know you will take a lot from this.

*The Bell Jar by Sylvia Plath

I first read The Bell Jar in high school. I didn’t understand it nearly as well as I do today. With the topic of depression and electroconvulsive therapy, Plath her self suffered from mental illness. She died by suicide when she was 31 years old.

Quick has a recurring theme of mental illness in his books, as you will see further down this list. Silver Linings features Pat, a character with bipolar disorder who begins this story shortly after a hospital stay.

*Turtles All The Way Down by John Green

Green is popular among the young adult arena of novels. ‘Turtles’ chronicles Aza who takes medication for anxiety and follows her through her high school journey.

This novel is about Adam, a young teen with schizophrenia. He agrees to a new trial medication to help avoid the delusions that plague him every day.

*The Blackbird Singularity by Matt Wilven

Wilven tells the story of a man with stress induced bipolar who stops taking his medication when he finds out his partner is pregnant. The couple lost their first son and Vince does not want to miss out on another opportunity at being a father.

*Imagine Me Gone by Adam Haslett

The story tells the tale of  Michael, one of three siblings who just may have inherited his father’s demons of depression.

*Everything Here is Beautiful by Mira T. Lee

Lee’s 2018 debut is about two sisters and schizophrenia. Can Lucia be saved from her mental illness by her sister Miranda? Read on.

Quick is at it again. It’s Leonard’s birthday, but he has other things planned. Like killing his former best friend, then himself. This is a very quick and enjoyable read.

Lionel has just been diagnosed with bipolar disorder and his step sister tries her best to protect him, all while falling for his love interest.

*Where the Watermelon Grows by Cindy Baldwin

When Della’s mom starts talking to things that aren’t there, Della goes on a hunt for the cure. A great depiction of paranoid schizophrenia.

*The Place Between Breaths by An Na

Grace comes from a scientist father and a schizophrenic mother. While interning with her father, they discover the code that could possibly end the disease that is slowly taking her with it.

Miles is a teen who’s just recovered from a schizophrenic break. Convinced his brother was kidnapped, the story takes you on a trip through mental illness and how to tell when something is real.

*A World Without You by Beth Revis

Revis tells the tale of a young man sent to a private academy for kids like him with “superpowers.” The young man’s power is time travel and after his girlfriend disappears (she dies by suicide) he is determined to find her and bring her back.

*The Memory of Light by Francisco X Stork

After an unsuccessful attempt at suicide, 16 year old Vicky finds herself amongst other troubled teens like herself. With the help of her new friends and psychiatrist, Vicky learns how to live again.

*Its Kind of A Funny Story by Ned Vizzini

Vizzini tells the remarkable story of Craig who finds himself suicidal and in the mental ward. There he makes friends and tries to confront his anxieties. Vizzini also spent time in a psych hospital and later died by suicide a few years after the book’s publication.

This memoir details Kaysen’s harrowing mental health journey. Admitted into a psych hospital after one outpatient session, her whole life is changed once she enters the doors of McLean Hospital.

*Out Came the Sun by Mariel Hemingway

Hemingway is the famous actress granddaughter of prolific author Ernest Heminway. In this memoir, she tells the story of how mental illness shaped her family and the disease that killed her grandpa and eventually, her sister.

*Resilience: Two Sisters and a Story of Mental Illness by Jessie & Glenn Close

Jessie is the sister of award winning actress Glenn and in this book they share their lives and what it was like to watch Jessie spiral as she grew up. Jessie wouldn’t be diagnosed with bipolar disorder until her 40’s and her son was eventually diagnosed with schizophrenia.

Fisher wasn’t just Princess Leia but a very talented writer. One of her memoirs shared her experiences with depression and the treatment she received for it including ECT.

*My Lovely Wife in the Psych Ward by Mark Lukach

Goodreads describes this book as, “a heart-wrenching, yet hopeful, memoir of a young marriage that is redefined by mental illness and affirms the power of love.” Mark and Guilia have the picture perfect relationship until suddenly one day, Giulia experiences a psychotic break. You’ll have to read the book to find the happy ending.

*A Common Struggle by Patrick Kennedy

The former congressman tells his story of living with mental illness that leads to a spiraling addiction.

*The Valedictorian of Being Dead by Heather B. Armstrong

Armstrong suffers from debilitating depression. A depression so fierce she decides to undergo the ultimate treatment. While being “dead” for a matter of moments, she goes through a number of treatments that help restore the natural chemistry in her brain. If you have ever suffered, this will give you a whole new perspective.