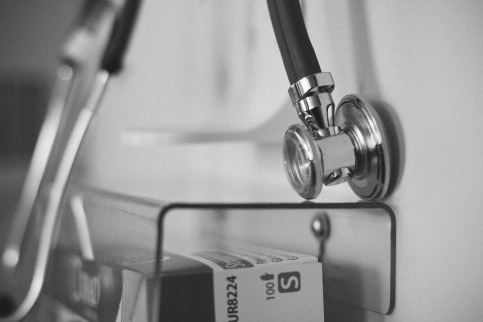 Several years ago in one of my deepest depressions, I considered checking myself into somewhere. The only thing was I had no idea where to go. So I pushed on with the aide of my antidepressant and eventually, saw the light again. Even though I considered it for myself, I never imagined someone closest to me getting the help there first. It was March 2017 and I received a sorrow filled phone call from my mom. “Your sister is in the psych ward at Grossmont,” she said through tears. “She had a mental breakdown.” In 24 hours I was visiting her for the first time since her admission. She was in the lock down unit where you are put on a 72 hour hold usually because of suicidal ideation. It broke me to see her so broken. As time went on, she was eventually moved to other units of the ward. She was admitted three different times in 2017 and spent a majority of time in crisis housing. Its typically obvious to detect who the other patients are but then there are some people you meet that you would never think to be a patient. The truth is, everyone is going through something.

My sister was discharged for the last time in January 2018. She is coming up on two years since she was last in the hospital. I am so proud of her but she knows she always has a safe place to go should she need it.

Fast forward to December 11 2019. My brother had been going through a deep depression but never did I imagine he would try to resolve it for good. I received a text from a mutual friend who disclosed to me the message my brother sent him earlier in the morning. He was attempting to take his life with sleeping pills. I got in touch with my uncle who my brother was staying with, who woke him up. We convinced my brother to go to the hospital and that weekend I found myself once again in the lock down unit. My brother had been started on Prozac and admitted to needing help. Over a week later, he is still admitted, though now in the open unit. Patients begin waking up at six am and lights out is at ten. There are various groups that they can participate in throughout the day such as art group and different therapy groups. My sister spent Christmas 2017 in the behavioral heath unit and now my brother will be spending this Christmas there. It may seem sad but at the same time, if it weren’t for these facilities, people would not get the desperate mental health they need and wouldn’t find the resources to live somewhat normal lives again. I am grateful to the Sharp Grossmont Behavioral Health Unit for saving my sister and brother’s lives and for giving me hope that I too have a safe place to go if I ever need to.